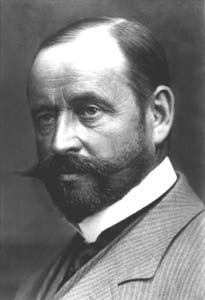 Ferdinand Friedrich Adolf Haage succeeds in regaining the successes of his grandfather. Under his leadership, Kakteen-Haage is growing into an internationally recognised address for cacti. Friedrich Adolf is also the only member of the family to date to celebrate great successes with his sporting ambitions: As a racing cyclist he is world champion several times.

Following on from the ideas of his great-grandfather, Friedrich Ferdinand A. Haage increasingly specializes in the culture of cacti.

He received some of his training in Great Britain. Consequently, he extended his entrepreneurial field of vision beyond the borders of Germany. Plants and seeds were now increasingly delivered abroad.

His participation in numerous horticultural exhibitions at home and abroad contributes to the further establishment of Kakteen Haage as a leading address in cactus cultivation.

Ferdinand F. A. Haage moves his headquarters to expand the company. In 1903 he finds an expandable property in the Andreasflur, on which his assortment of seeds and plant cultures can be expanded in new greenhouses.  Until today Kakteen-Haage is located here.

The internationalisation of the company that had begun comes to an abrupt end in 1914. With the outbreak of the First World War, most international trade relations collapse. An even harder blow for the family is the death of the eldest son in the war.

The younger brother Walther Haage takes over the company after the war and leads it to new successes. He knows how to prevent the family's work, built up over generations, from going under in the turmoil of the 20th century.