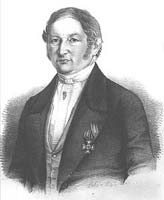 Apprenticeship years: The queen of the night at the Saxon court

When Friedrich Adolph Haage was born in 1796 as the son of Johann Nikolaus Haage and Katharine Barbara Nehrlich, the family had been gardening in Erfurt for one hundred years.

He received his training at the Dresden court with the famous electoral court gardener Johann Heinrich Seidel. Frederick August is the Elector of Saxony and King of Poland.

From this time the first connection of the Haage dynasty to cacti is documented: The young Friedrich Adolph takes over the care of the princely cactus collection at the Hofgärtnerei.

The Court Gardener's Office is responsible for the lavish design of the Court's garden festivals and for providing them with attractions. When the king wishes the "Queen of the Night" (Selenicereus grandiflorus) to flourish at one of these festivals, the court nursery under Seidel is faced with a challenge. The plant had suffered frost damage last year and looks miserable. But Friedrich Adolph Haage succeeds, which hardly anyone had expected: just in time for the garden party, the Dresden "queen" has recovered thanks to his care and is in full bloom. Even today this would still be a masterpiece: the event in 1814, for example, goes down as a side note in the annals of the Dresden court.

Back in Erfurt again

After successful years of travel Friedrich Adolph returns to his hometown Erfurt. He has a valuable cutting of the "Queen of the Night" in his luggage. This the king had left to him in thanks. He founds a small commercial and seed nursery. Despite initial setbacks, the company soon developed into a major horticultural company.

Friedrich Adolph Haage is apparently not only an excellent cultivator, but also a skilled merchant. He has a fine sense for promising innovations. Its business is one of the first German retail nurseries to advertise in newspapers. Already in 1824, two years after the foundation of the company, the first mailing list of the Haage´schen nursery appears, which makes our company one of the co-founders of the mail order business in German horticulture. 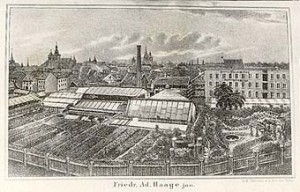 Friedrich Adolph Haage also assumes responsibility in public life. He becomes co-founder of the Erfurt Horticultural Association and is later appointed its honorary director for his special merits. After his death in September 1866, the "Erfurter Verschönerungsverein" erected a monument in the Steigerwald to honour these merits.

Under his leadership, cacti are initially only a small but highly innovative part of the nursery's range, but Friedrich Adolph Haage's passion belongs to them. Within a very short time he has built up one of the most extensive collections and has become one of the leading connoisseurs of this culture. Visitors to the nursery interested in cacti during these years include Johann Wolfgang Goethe, Franz Liszt and Alexander von Humboldt. 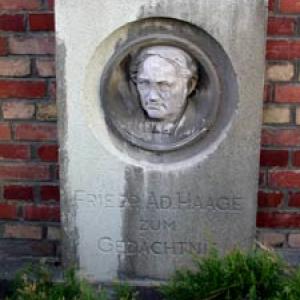